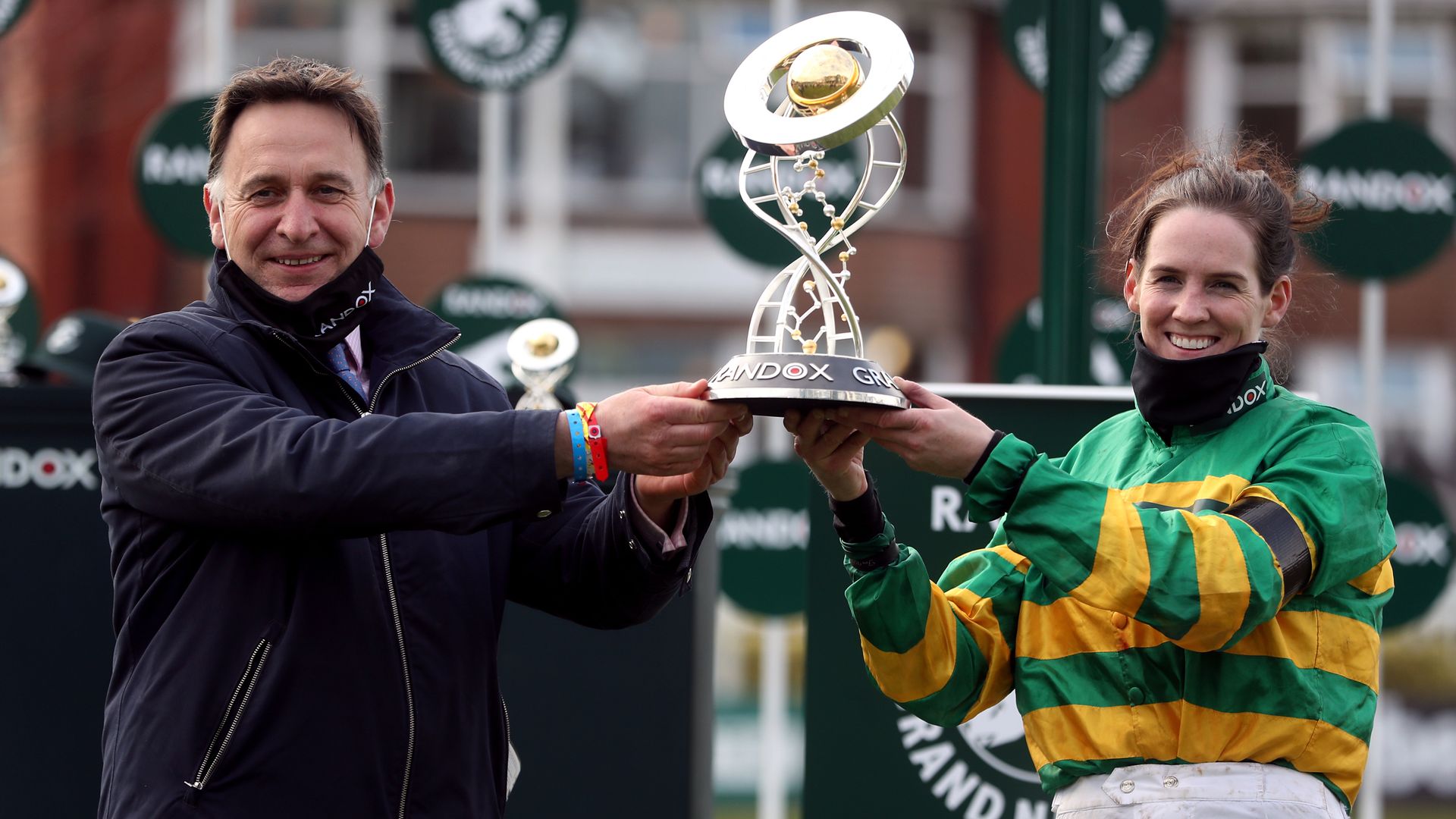 Henry de Bromhead is not allowing himself to get carried away as he prepares an array of stars for the Punchestown Festival.

De Bromhead won the Champion Hurdle, the Champion Chase and saddled the first two in the Gold Cup at Cheltenham – the first time all three championship races had been won by the same trainer at the Festival – and then topped that by sending out the first and second in the Randox Grand National.

While he is quite happy for his jockey Rachael Blackmore to take most of the plaudits, the quietly-spoken Waterford trainer is finding it hard to keep in the background with the sheer number of brilliant horses he has assembled.

“I was just getting my head around Cheltenham and then we went and won the National. They are the races you grow up watching and dream of having runners in.

“Everyone is sick of my superlatives and I’ve run out of things to say, it’s just brilliant.

“We’ve all watched the National again, but it’s just a busy time of year – we’re flat out.

“Hopefully when things calm down after Punchestown we’ll be able to savour it even more, but the times we are in we’re not able to celebrate much – but that is better for my liver anyhow. If it was a normal Cheltenham, I’m not sure if I’d have even seen Cheltenham!

“Everyone gets on a run, but it is incredible ours has happened now. We’ve got years of experience in the teams at home, we’re always developing, it’s a great team, owners have confidence and faith in us and we’ve brilliant jockeys.

“It’s a combination of a lot of things, but no one is more surprised than I am.”

De Bromhead will run most of his Cheltenham winners at Punchestown, including Gold Cup hero Minella Indo and the unbeaten mare Honeysuckle.

Minella Indo is set for the Ladbrokes Punchestown Gold Cup on the second day, Wednesday, with Jack Kennedy keeping the ride.

“He’s really good, he’s so laid back. We backed off for a few days afterwards and he started getting chubby, but we started back with him again and he seems in great form and we’re happy with him,” said De Bromhead.

Honeysuckle has the prospect of going chasing still in the background, but for now her sights are fixed on the Paddy Power Champion Hurdle on Friday week.

“She seems really good, came out of Cheltenham really well and we’re really excited about it and looking forward to the race,” said De Bromhead.

One rare blip in recent weeks for the stable was when new recruit Envoi Allen fell at Cheltenham, but he is on target for a mouthwatering clash with Monkfish in the Dooley Insurance Group Champion Novice Chase on the opening day.

“Obviously Cheltenham was unfortunate, it was a novicey mistake but he seems in great form and we’re good to go.”

Bob Olinger and Quilixios are others due to run at a meeting which will also decide who is champion jockey, with Blackmore chasing down Paul Townend.

The gap is currently eight, with Townend still sidelined with a foot injury.

“I’m not sure what Paul’s situation is, I don’t know if he’ll be back. It’s going to be tough even if he’s not back, but we’ll be trying to do our best and support her the best we can,” said De Bromhead, who expects to be represented by Plan Of Attack in the bet365 Gold Cup at Sandown on Saturday, with Blackmore aboard.

“You can all see for yourself (what her strengths are), in the National it was like she could see around corners, she saw dangers before they happened.

“She’s brilliant to work with and knows how hard you have to work to succeed. She gets on with everyone and knows how to ride winners.

“I’ve said it all before, but I think she’s just brilliant – we’re very lucky to have her.”