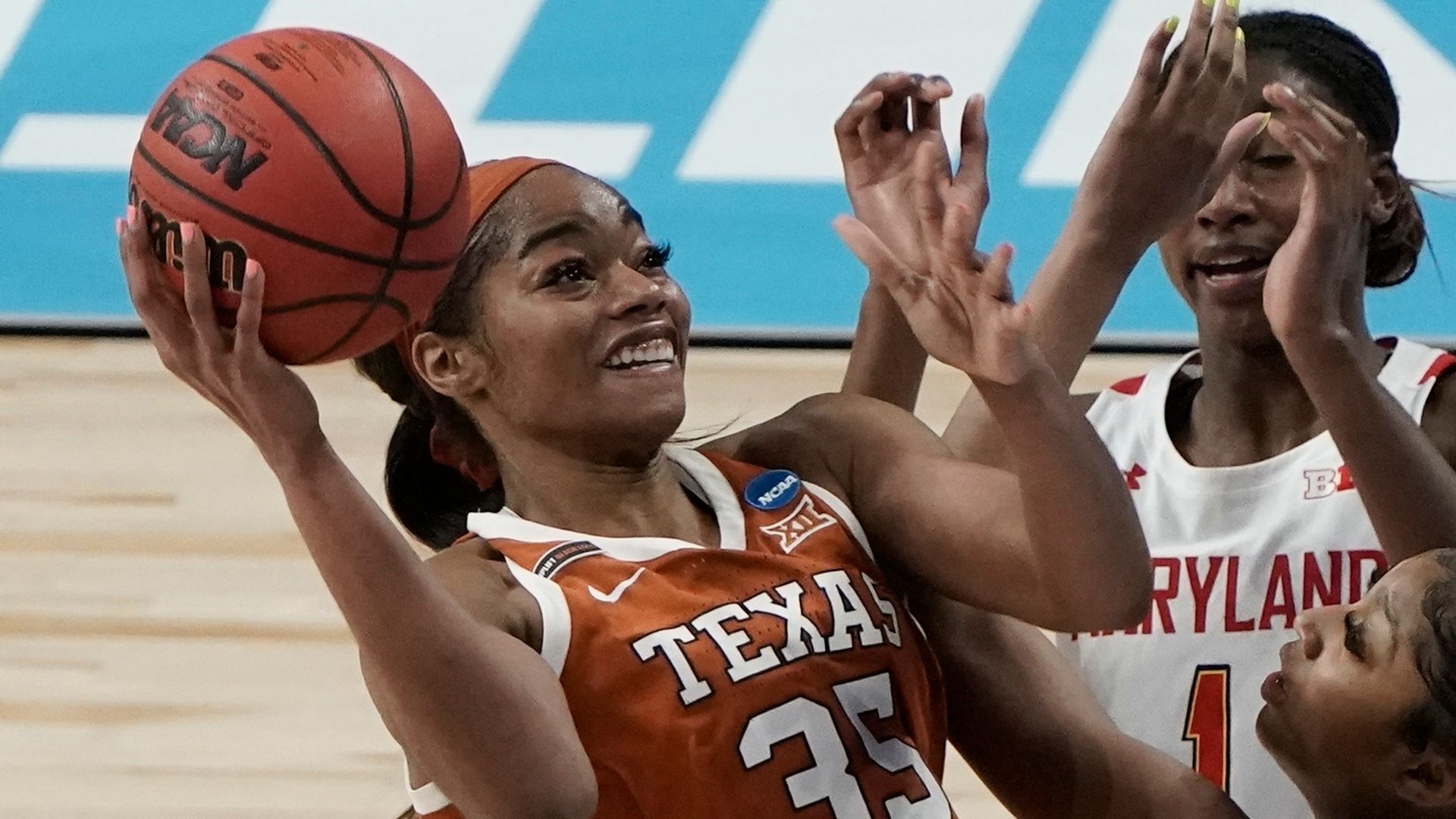 The Dallas Wings made University of Texas centre Charli Collier the first overall pick in the WNBA Draft which took place on Thursday – just over a month ahead of the start of the league’s 25th season.

The 6ft 5in Texas native, who was the consensus first overall pick going into the draft, averaged 19 points and 11 rebounds per game last season while shooting 33 per cent from three-point range.

Collier pointed to the sky after WNBA Commissioner Cathy Engelbert called her name and with it fulfilled an emotional goal the 21-year-old had set herself after her father, who passed away in 2016, was hospitalised with cancer five years ago.

“He’s here with me, he’s with me in the moment,” Collier said.

“My dad is so proud of me. Wish he could see this in real life. Nothing can take this moment away from me.

“My heart is racing right now because I worked so hard for this moment. A lot of people have a lot of things to say about me but you can never question my work ethic.

“Love me or hate me, you’ve got to respect me.”

Dallas also owned the second overall pick and used it to take Finnish teenager Awak Kuier, who has been competing against professionals in the Italian league and has the potential to be a force in the WNBA for years to come.

Nineteen-year-old Kuier, whose team won a playoff game moments before the draft began, is the first player from Finland ever drafted into the WNBA.

“I hope to be a role model to all of the Finish basketball players and an example that they can do it as well,” she said.

It is the first time in league history that a team had picks No. 1 and 2, the Wings acquired the top pick in a February trade after being awarded the second choice in the draft lottery.

Dallas closed out its four picks in the first 13 by choosing Dana Evans of Louisville, who had been projected to be taken a lot sooner.

Arizona’s explosive point guard Aari McDonald was selected third by the Atlanta Dream after becoming one of the breakout stars of the NCAA women’s tournament.

“I’m not the tallest so I’ve got to use my skills to my advantage,” said the 5ft 6in sharpshooter.

West Virginia guard Kysre Gondrezick was selected fourth by the Indian Fever and Dallas were back to make a third pick in the top five when they chose Arkansas guard Chelsea Dungee to round out the top five taken in the draft, which was being held virtually for the second straight season because of the coronavirus pandemic.

The defending champion Seattle Storm took Aaliyah Wilson of Texas A&M although she didn’t stay in Seattle for long as she was traded to Indiana for Kennedy Burke. WNBA finalist Las Vegas drafted Iliana Rupert from France to close out the first round.

Training camps are due to open around April 25 with the season beginning on May 14 and nine of the WNBA’s 12 teams will welcome back fans in limited numbers for the 32-game season – last year’s season was played inside a quarantined site in Florida.